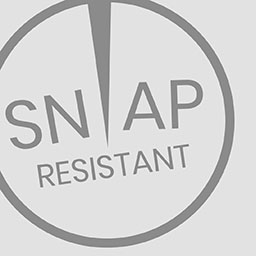 Recent BBC reports have highlighted a huge increase in the number of burglaries using this technique, with Police crime statistics indicating that in some areas, 27% of all burglaries involved lock snapping. The cylinders, which secure the vast majority of homes in the UK, have a major weakness allowing straightforward access and can be carried out with simple DIY tools.

Anti-Snap Cylinders - What do they do?

An anti-snap cylinder has been specifically designed to snap in half if enough force is applied. However, the carefully engineered design means that the cylinder will snap in a predetermined position leaving the majority of the cylinder intact. The remaining part of the cylinder will still provide security for your door and still require a key to open the lock, consequently preventing the lock from being tampered with further.

British Standards and How to Achieve Them

Cylinders and security hardware will now be classified in TS007 according to their 'Star' rating, they can be awarded one to three Stars. To qualify for the level of security required to resist known attack methods, the TS007 specifies that a minimum of three Stars is mandatory. There are 2 ways this can be achieved:

A new generation of cylinders with several layers of protection in-built. For a cylinder to achieve this rating, it must meet the security requirements of a 1 Star cylinder and also withstand an attack similar to the PAS 24 cylinder test without the benefit of any protective hardware.